To celebrate the new store design concept for Alexander McQueen, conceived by creative director, Sarah Burton, and the architect Smiljan Radic, the house releases a short film focussing on its inception. Moving between Smiljan Radic’s native Chile – specifically his Santiago studio and The Right Angle House, a black concrete structure which he designed and built in Vilches – and the Alexander McQueen London flagship store, which opened in Old Bond Street in 2019, and which was the first to showcase the collaboration, the film sheds new light on the thinking behind it.

The guiding principle is to redefine the notion of luxury, drawing on the beauty of natural materials and the values of fine craftsmanship and technological innovation that the house of Alexander McQueen represents. Having seen images of The Right Angle House, Sarah Burton contacted Smiljan Radic: the relationship is remarkable not least because he is known for domestic architecture and site-specific installation and has never worked on a retail project until now.

The materials used in The Right Angle House – wood, concrete and granite among them –are aligned with those in the McQueen store. Both space and form are simple. “This is a space for interaction and contemplation,” Smiljan says of the latter. They are far from the dazzling staples more generally associated with the luxury retail environment.

Only adding to any distinctive qualities, Smiljan Radic works with his wife, the sculptor Marcela Correa, responsible for the artwork in The Right Angle House and the Alexander McQueen flagship and also present in the film. Her rock and tree sculptures are carefully placed to guide visitors on their journey through the store. “We use a lot of sculpture and rocks,” says Smiljan Radic, “because sometimes in new places you need a sense of different times... They give a complexity that new places don’t have.”

The nature of Burton’s own designs add the final, all-important layer to the narrative. The interaction between the space and the materials that have gone into its creation and the collections showcased inside it results in a rare dialogue between different times, different continents and different creative disciplines. 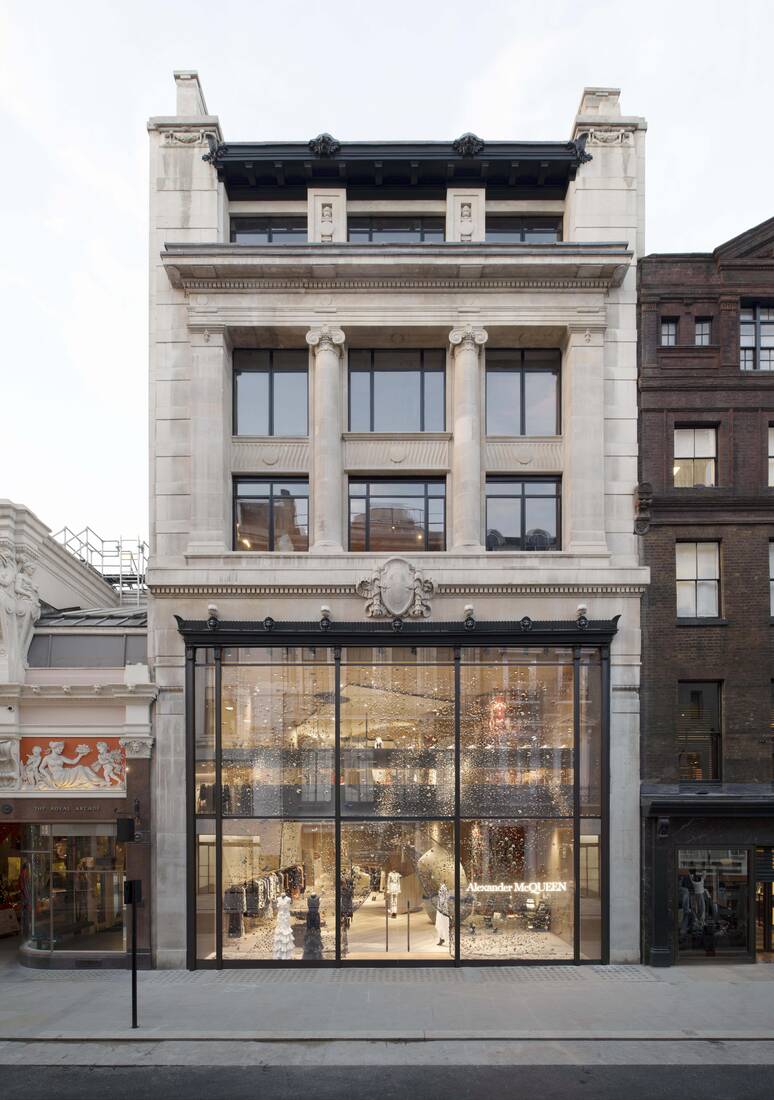 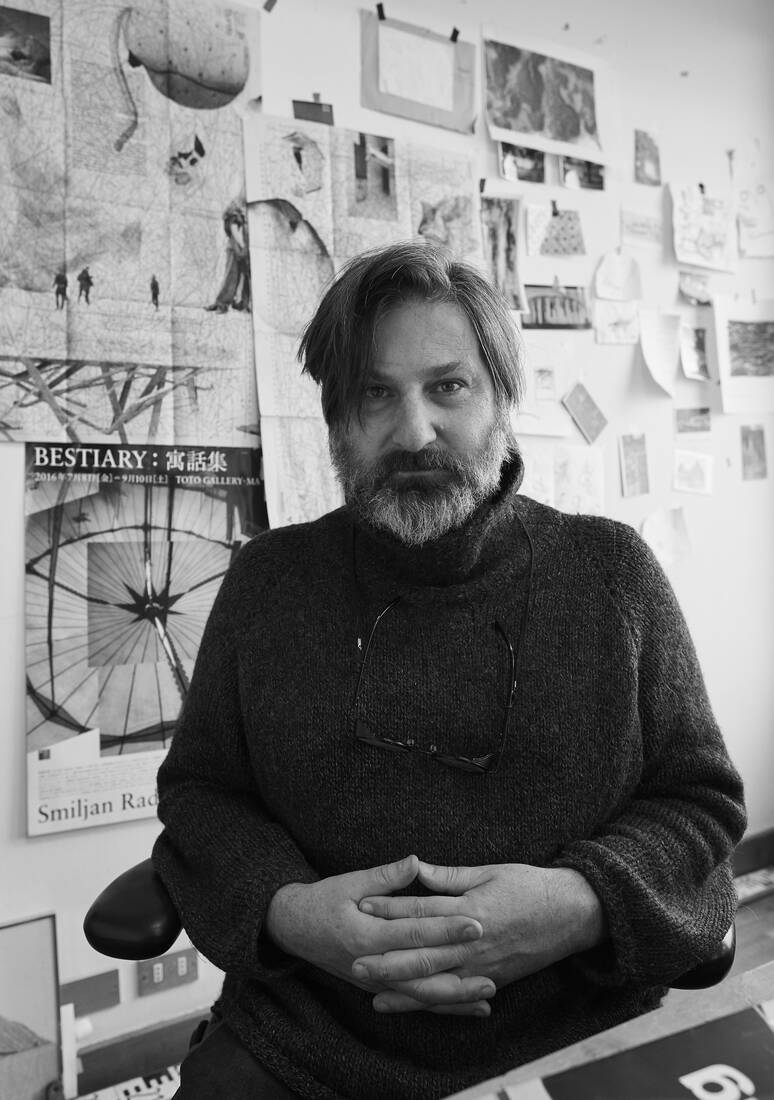 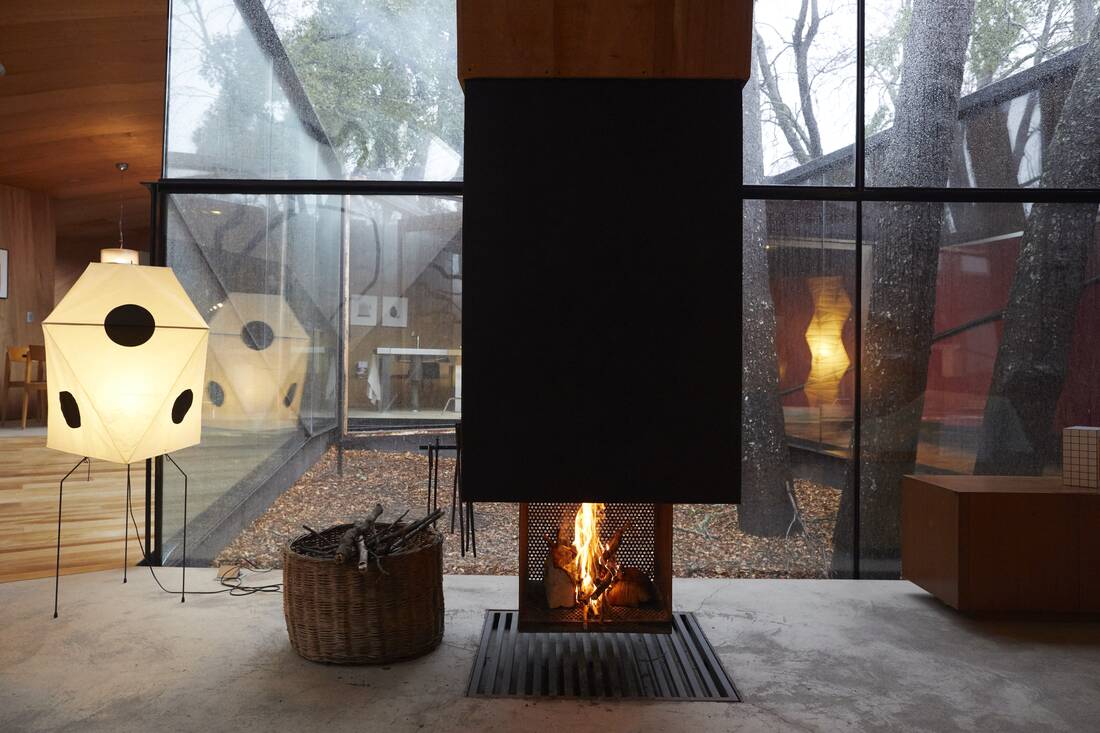 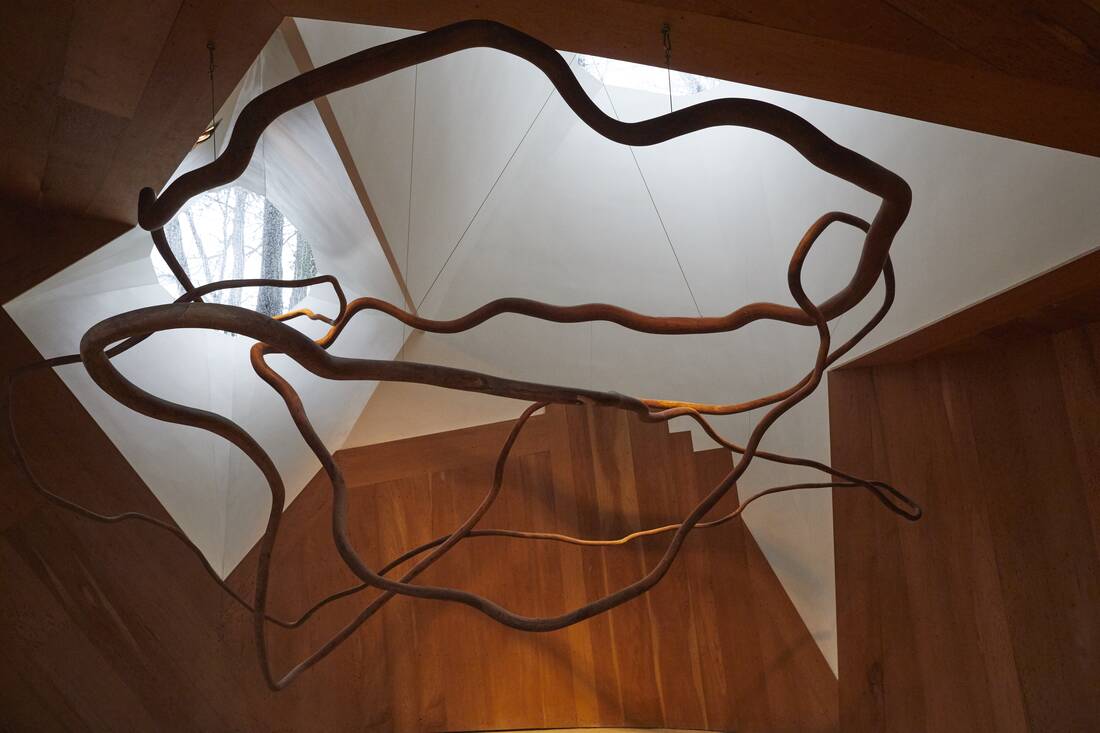 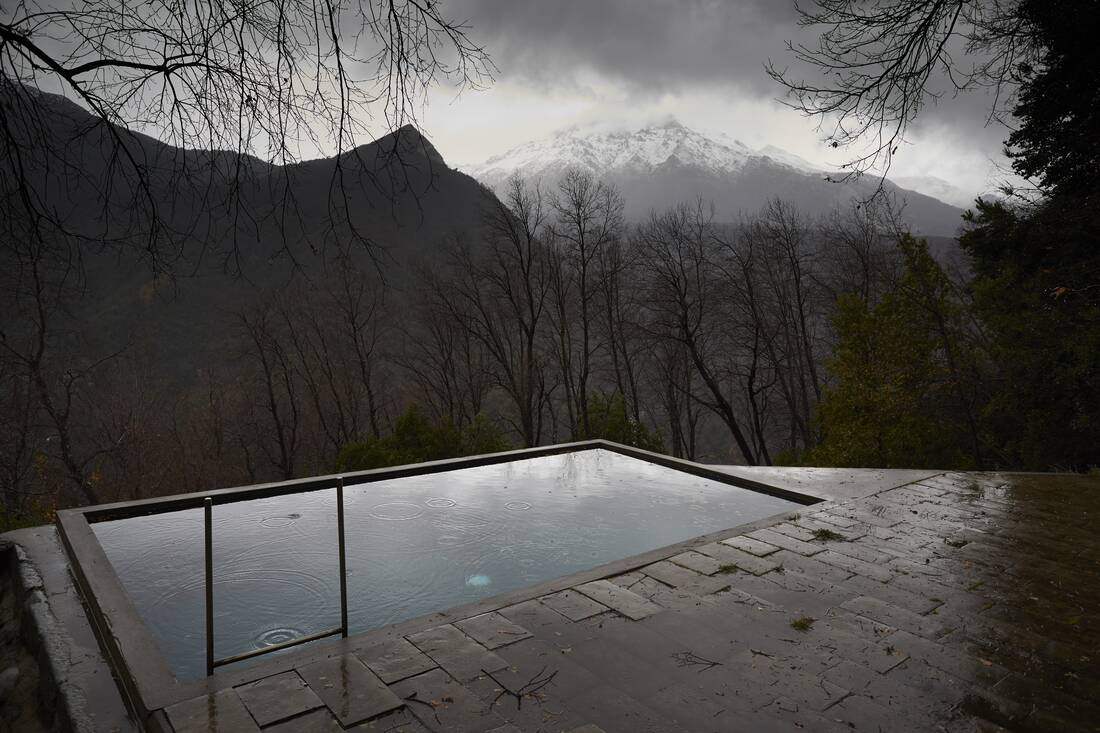 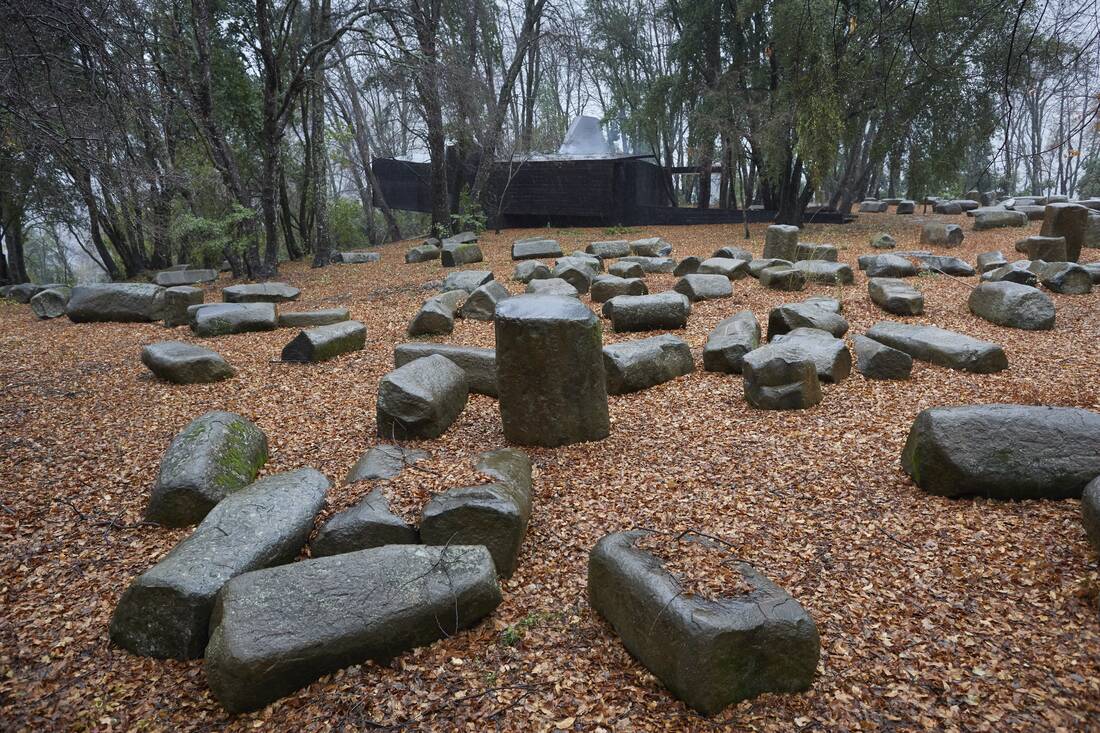 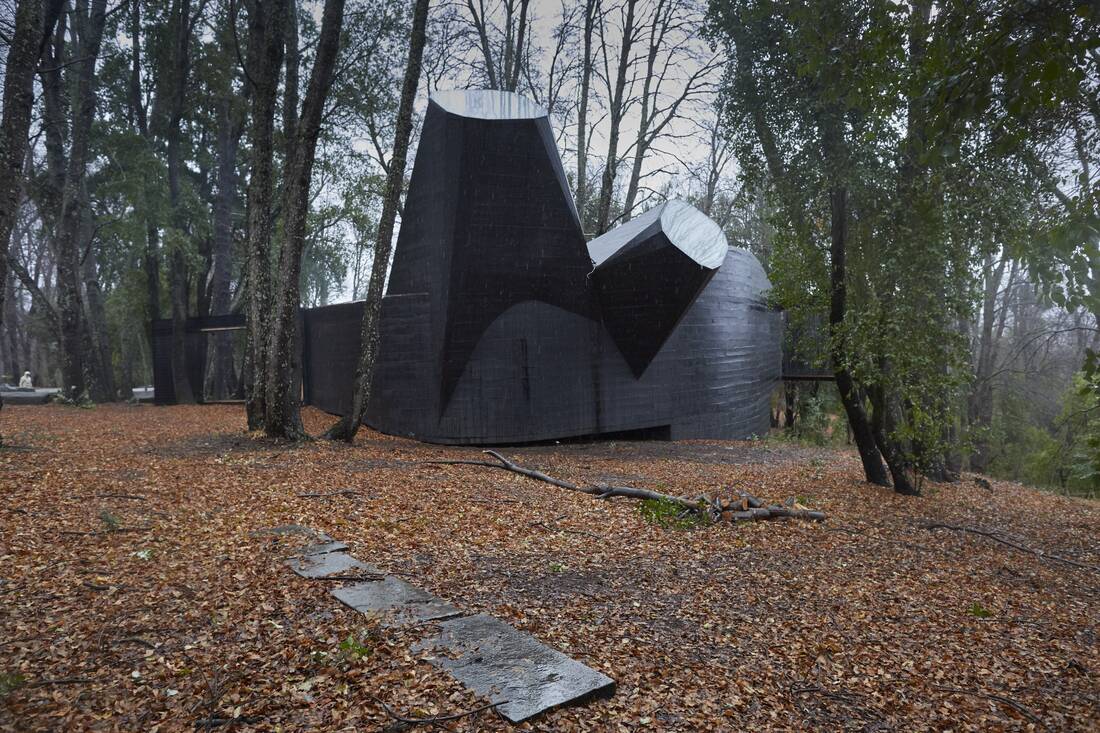 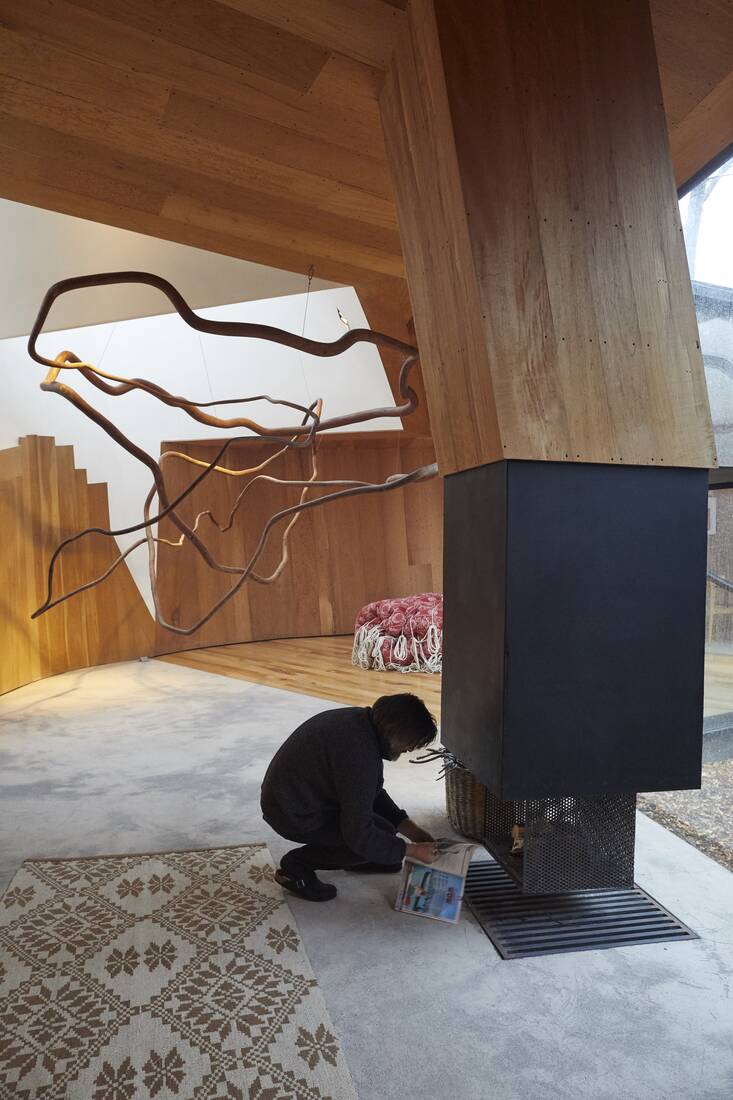 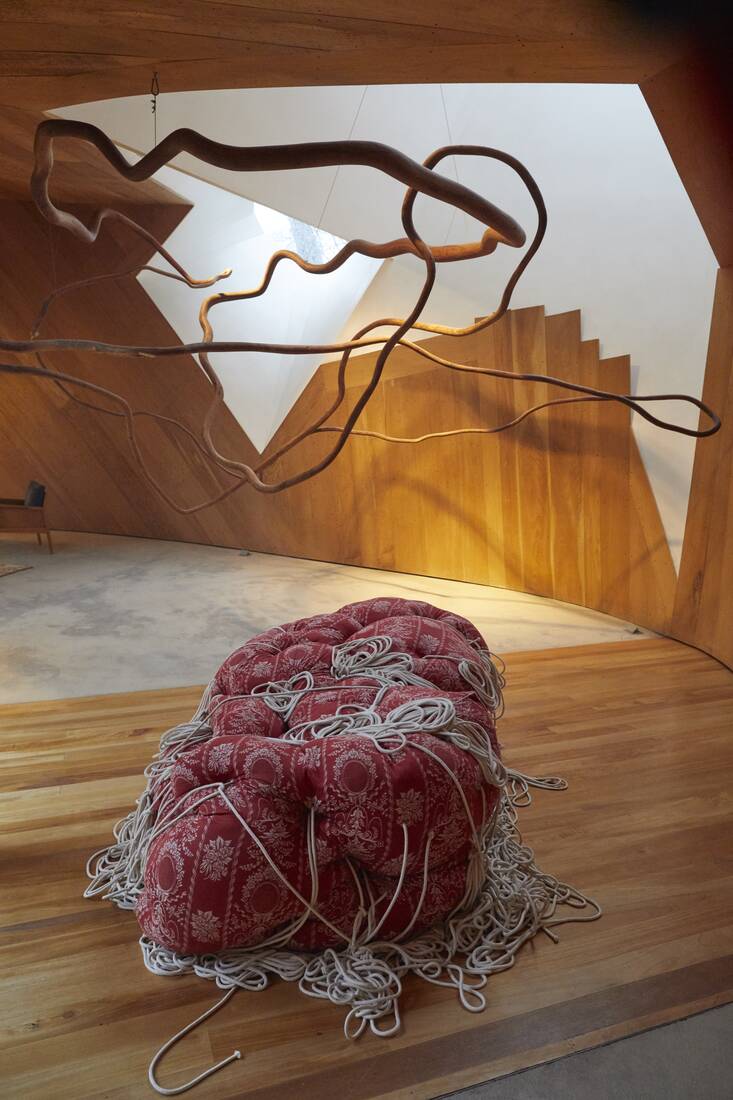 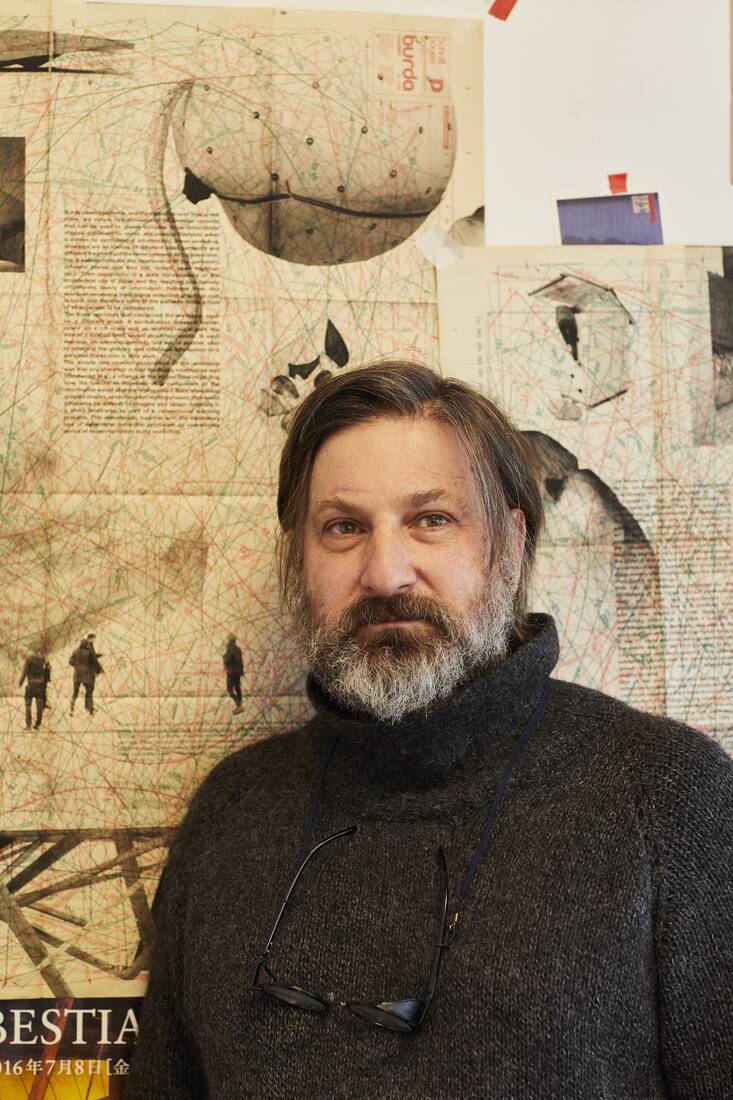 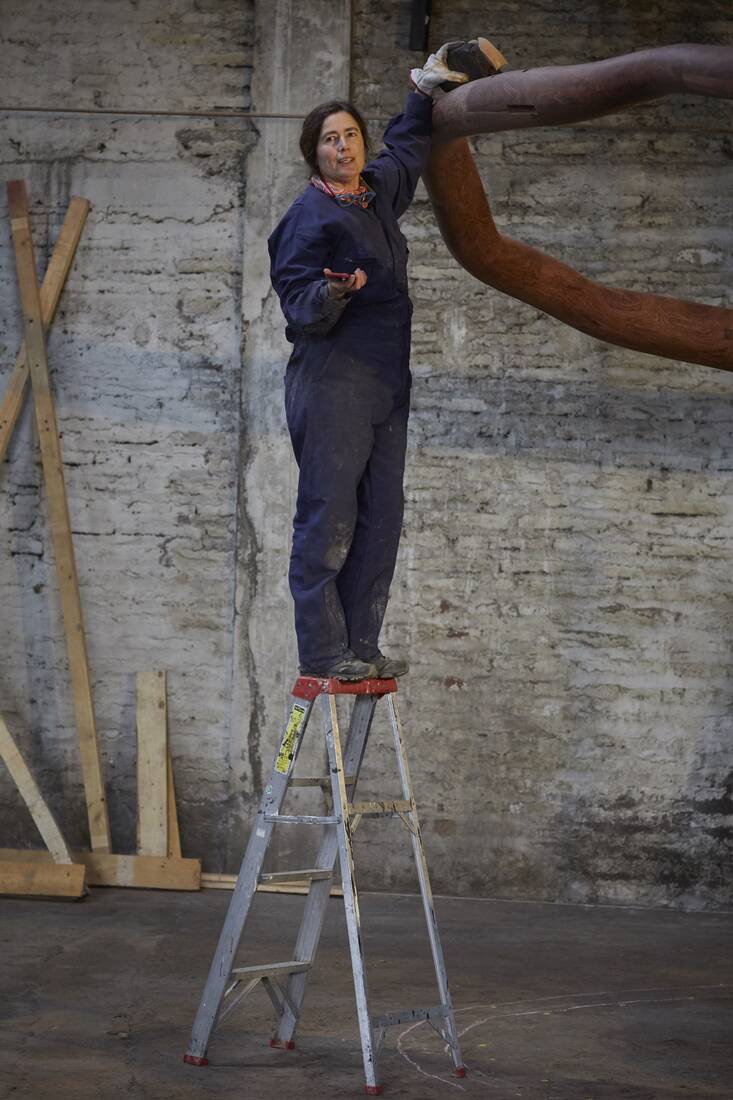 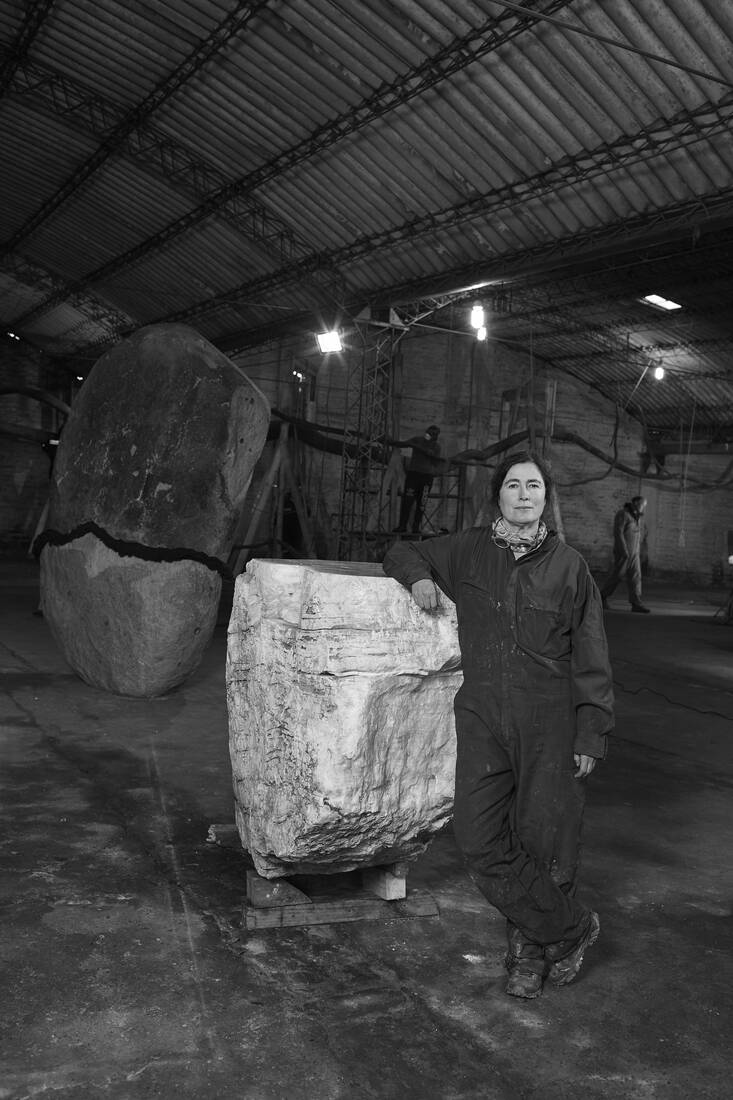 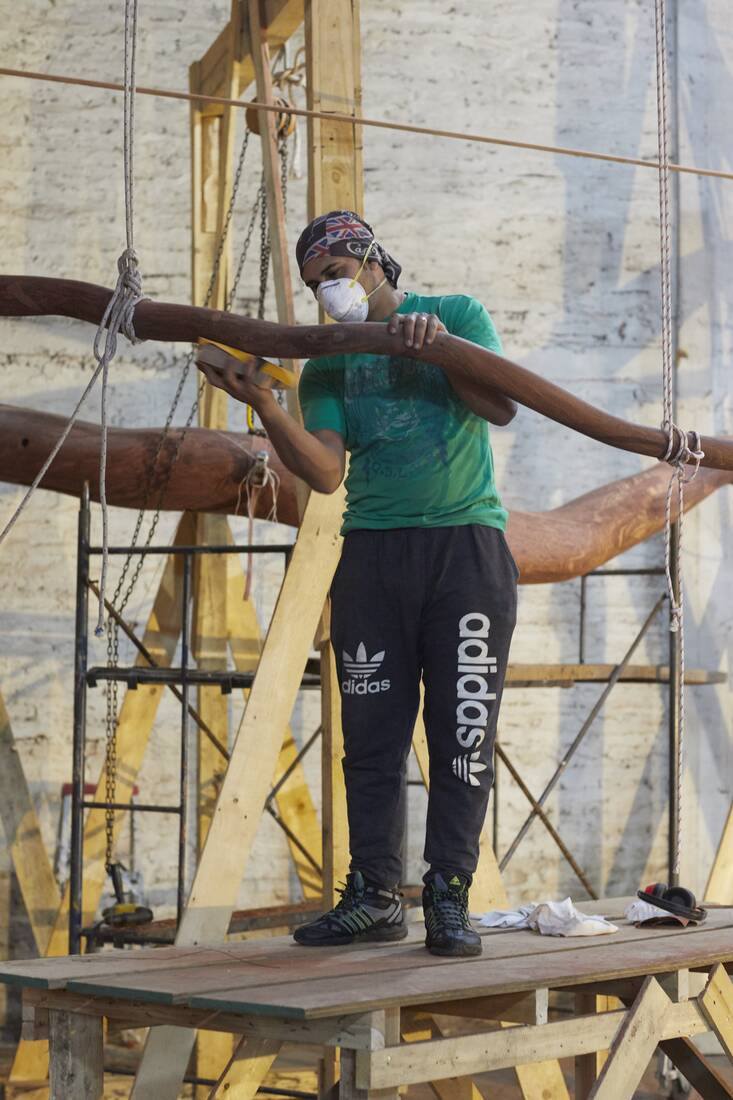 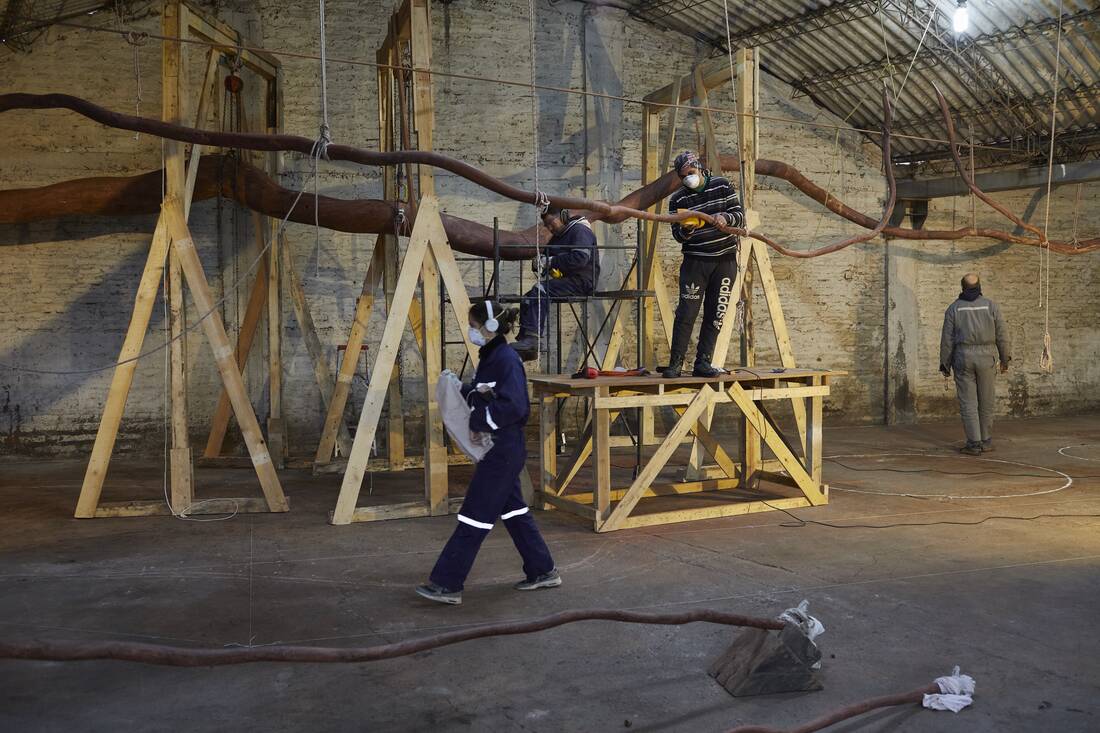